Welcome to the last post in the series.  Time to summarize and wrap it up!

I respect each person's right to choose the diet they prefer.  This includes vegetarians and vegans, particularly because most of them make daily sacrifices to try to make the world a better place for all of us.  I'm an omnivore, but I sympathize with some of the philosophy and I often eat beans or lentils instead of meat*.

Our history with meat

Our ancestors have probably been eating some form of meat continuously for at least two hundred million years.  However, the quantity has waxed and waned.  The first mammals were probably largely carnivorous (insectivores).  Yet our primate ancestors went through a 60-million-year arboreal phase, during which we probably ate fruit, leaves, seeds, insects, and perhaps a little bit of vertebrate meat.  We only outgrew this phase in the last few million years, when we developed the tools and the brains to pursue prey more effectively.

During our 2.6 million-year stint as hominin hunter-gatherers, we ate an omnivorous diet, although we really have very little idea how much meat it contained (it probably varied by time and place).  Historical and contemporary hunter-gatherer cultures are all omnivorous, and typically eat significant to substantial quantities of meat, suggesting that our ancestors may have done the same.  Non-industrial agricultural populations eat as much meat as they can get, although they usually can't get as much as hunter-gatherers.

If there is such thing as a natural human diet, it is clearly omnivorous.

We Do Science Interview

I recently did an interview with Laurent Bannock, an expert in sport and exercise nutrition.  His podcast We Do Science has rapidly become quite popular, due to Laurent's credibility and the interesting guests he interviews.  We covered body composition, metabolically healthy obesity, the relationship between BMI and mortality, calorie counting, body fat regulation, and other related topics.

If you've already listened to several of my interviews and are starting to find them repetitive, you might enjoy this one because we cover some new ground.  Laurent was a gracious host.  Follow the link below to listen:

Neurobiology of Obesity, with Stephan Guyenet

Posted by Stephan Guyenet at 5:00 AM 6 comments: 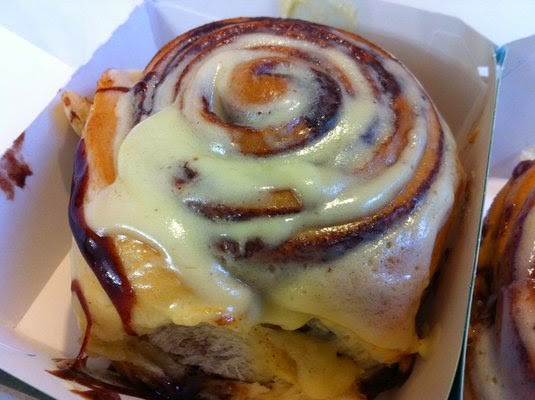 Read more »
Posted by Stephan Guyenet at 9:27 AM 5 comments:

The metabolic syndrome (MetSyn) is a cluster of signs including abdominal obesity, insulin resistance, high blood pressure, and blood lipid disturbances.  MetSyn is the quintessential modern metabolic disorder, and it affects about one third of Americans.  Many MetSyn diets recommend eating high-fiber foods, and research on the role of the gut microbiota in body weight and health tends to support this recommendation.  Yet these diets are complex, so it's difficult to attribute positive effects to the high-fiber foods specifically, and some people have questioned the benefits of dietary fiber.  Do high-fiber foods really improve MetSyn and promote weight loss?

Health can be defined as the absence of disease, and that is the lens through which we've been examining meat so far.  However, most of us have a broader view of health that also includes optimal growth and development, physical and mental performance, well-being, fertility, immunity, robustness, and resilience.  What role does meat play in this broader view of health?

One of the things I keep coming back to in this series is the strong natural affinity that our species has for meat.  Every culture that does not prohibit meat consumption for religious reasons (e.g., Indian Hindus) seeks and eats meat avidly.

A key fact that stands out from my recent conversations with anthropologists is that hunter-gatherers and subsistence agriculturalists place a high value on meat, even if they already have regular access to it.  Here's an excerpt from a paper by Kim Hill, Magdalena Hurtado, and colleagues (1):


Observations of the exchange rate between other foragers and their agricultural neighbors indicate that meat is worth much more than carbohydrate calories (e.g., Hart 1978; Peterson 1981). Hart, in his study of exchanges of meat and casava between Pygmy foragers and neighboring agriculturalists, found that approximately four and one half times as many calories of casava were exchanged for each calorie of meat given. In addition, it appears that almost everywhere in the world meat calories from domestic animals are probably expensive to produce relative to plant calories, and yet subsistence farmers continue to use at least some of their "cheap" plant calories to produce "expensive" animal calories (see Harris 1985 for discussion)

Why do humans around the globe value meat so much?  This strongly suggests that we've evolved an affinity for meat because eating it provides a reproductive advantage.  In other words, meat may increase our "Darwinian fitness".