Now that the concept of cold training for cold adaptation and fat loss has received scientific support, I've been thinking more about how to apply it.  A number of people have been practicing cold training for a long time, using various methods, most of which haven't been scientifically validated.  That doesn't mean the methods don't work (some of them probably do), but I don't know how far we can generalize individual results prior to seeing controlled studies.

The studies that were published two weeks ago used prolonged, mild cold exposure (60-63 F air) to achieve cold adaptation and fat loss (1, 2).  We still don't know whether or not we would see the same outcome from short, intense cold exposure such as a cold shower or brief cold water plunge.  Also, the fat loss that occurred was modest (5%), and the subjects started off lean rather than overweight.  Normally, overweight people lose more fat than lean people given the same fat loss intervention, but this possibility remains untested.  So the current research leaves a lot of stones unturned, some of which are directly relevant to popular cold training concepts.

In my last post on brown fat, I mentioned that we already know a lot about how brown fat activity is regulated, and I touched briefly on a few key points.  As is often the case, understanding the underlying biology provides clues that may help us train more effectively.  Let's see what the biology has to say.

Reflections on the 2013 Ancestral Health Symposium

I just returned from the 2013 Ancestral Health Symposium in Atlanta.  Despite a few challenges with the audio/visual setup, I think it went well.

I arrived on Thursday evening, and so I missed a few talks that would have been interesting to attend, by Mel Konner, Nassim Taleb, Gad Saad, and Hamilton Stapell.  Dr. Konner is one of the progenitors of the modern Paleo movement.  Dr. Saad does interesting work on consummatory behavior, reward, and its possible evolutionary basis.  Dr. Stapell is a historian with an interest in the modern Paleo movement.  He got some heat for suggesting that the movement is unlikely to go truly mainstream, which I agree with.  I had the opportunity to spend quite a bit of time with him and found him to be an interesting person.

On Friday, Chris Kresser gave a nice talk about the potential hidden costs of eradicating our intestinal parasites and inadvertently altering our gut flora.  Unfortunately it was concurrent with Chris Masterjohn so I'll have to watch his talk on fat-soluble vitamins when it's posted.  I spent most of the rest of the day practicing my talk.

On Saturday morning, I gave my talk "Insulin and Obesity: Reconciling Conflicting Evidence".  I think it went well, and the feedback overall was very positive, both on the content and the delivery.  The conference is fairly low-carb-centric and I know some people disagree with my perspective on insulin, and that's OK.   The-question-and-answer session after the talk was also productive, with some comments/questions from Andreas Eenfeldt and others.  With the completion of this talk, I've addressed the topic to my satisfaction and I don't expect to spend much more time on it unless important new data emerge.  The talk will be freely available online at some point, and I expect it to become a valuable resource for people who want to learn more about the relationship between insulin and obesity.  It should be accessible to anyone with a little bit of background in the subject, but it will also be informative to most researchers.

After my talk, I attended several other good presentations.  Dan Pardi gave a nice talk on the importance of sleep and the circadian rhythm, how it works, how the modern world disrupts it, and how to fix it.  The relationship between sleep and health is a very hot area of research right now, it fits seamlessly with the evolutionary perspective, and Pardi showed off his high level of expertise in the subject.  He included the results of an interesting sleep study he conducted as part of his doctoral work at Stanford, showing that sleep restriction makes us more likely to choose foods we perceive as unhealthy.

Sleep and the circadian rhythm was a recurrent theme at AHS13.  A lot of interesting research is emerging on sleep, body weight, and health, and the ancestral community has been quick to embrace this research and integrate it into the ancestral health template.  I think it's a big piece of the puzzle.

Jeff Rothschild gave a nice summary of the research on time-restricted feeding, body weight and health in animal models and humans.  Research in this area is expanding and the results are pretty interesting, suggesting that when you restrict a rodent's feeding window to the time of day when it would naturally consume food (rather than giving constant access during both day and night), it becomes more resistant to obesity even when exposed to a fattening diet.  Rothschild tied this concept together with circadian regulation in a compelling way.  Since food is one of the stimuli that sets the circadian clock, Rothschild proposes to eat when the sun is up, and not when it's down, synchronizing eating behavior with the natural seasonal light rhythm.  I think it's a great idea, although it wouldn't be practical for me to implement it currently.  Maybe someday if I have a more flexible schedule.  Rothschild is about to publish a review paper on this topic as part of his master's degree training, so keep your eyes peeled.

Kevin Boyd gave a very compelling talk about malocclusion (underdeveloped jaws and crowded teeth) and breathing problems, particularly those occurring during sleep.  Malocclusion is a modern epidemic with major health implications, as Dr. Boyd showed by his analysis of ancient vs. modern skulls.  The differences in palate development between our recent ancestors (less than 200 years ago) and modern humans are consistent and striking, as Weston Price also noted a century ago.  Dr. Boyd believes that changing infant feeding practices (primarily the replacement of breast feeding with bottle feeding) is the main responsible factor, due to the different mechanical stimulation it provides, and he's proposing to test that hypothesis using the tools of modern research.  He's presented his research at prestigious organizations and in high-impact scientific journals, so I think this idea may really be gaining traction.  Very exciting.

I was honored when Dr. Boyd told me that my 9-part series on malocclusion is what got him interested in this problem (1, 2, 3, 4, 5, 6, 7, 8, 9).  His research has of course taken it further than I did, and as a dentist his understanding of malocclusion is deeper than mine.  He's a middle-aged man who is going back to school to do this research, and his enthusiasm is palpable.  Robert Corruccini, a quality anthropology researcher and notable proponent of the idea that malocclusion is a "disease of civilization" and not purely inherited, is one of his advisers.

There were a number of excellent talks, and others that didn't meet my standards for information quality.  Overall, an interesting conference with seemingly less drama than in previous years.

For those who are attending the Ancestral Health Symposium this year, my talk will be at 9:00 AM on Saturday.  The title is "Insulin and Obesity: Reconciling Conflicting Evidence", and it will focus on the following two questions:
I'll approach the matter in true scientific fashion: stating hypotheses, making rational predictions based on those hypotheses, and seeing how well the evidence matches the predictions.  I'll explore the evidence in a way that has never been done before (to my knowledge), even on this blog.

Why am I giving this talk?  Two reasons.  First, it's an important question that has implications for the prevention and treatment of obesity, and it has received a lot of interest in the ancestral health community and to some extent among obesity researchers.  Second, I study the mechanisms of obesity professionally, I'm wrapping up a postdoc in a lab that has focused on the role of insulin in body fatness (lab of Dr. Michael W. Schwartz), and I've thought about this question a lot over the years-- so I'm in a good position to speak about it.

The talk will be accessible and informative to almost all knowledge levels, including researchers, physicians, and anyone who knows a little bit about insulin.  I'll cover most of the basics as we go.  I guarantee you'll learn something, whatever your knowledge level.
Posted by Stephan Guyenet at 7:37 PM 12 comments: 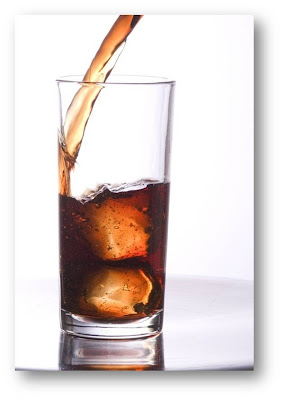 Thirsty yet?  Visual cues such as these are used to drive food/beverage seeking and consumption behavior, which are used to drive profits.  How does this work?  Once you've consumed a rewarding beverage enough times, particularly as a malleable child, your brain comes to associate everything about that beverage with the primary reward you obtained from it (calories, sugar, and caffeine).  This is simply Pavlovian/classical conditioning*.  Everything associated with that beverage becomes a cue that triggers motivation to obtain it (craving), including the sight of it, the smell of it, the sound of a can popping, and even the physical and social environment it was consumed in-- just like Pavlov's dogs learned to drool at the sound of a bell that was repeatedly paired with food. 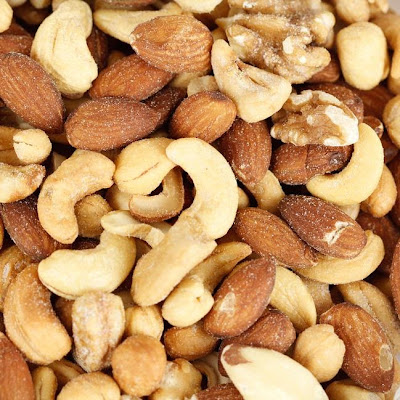